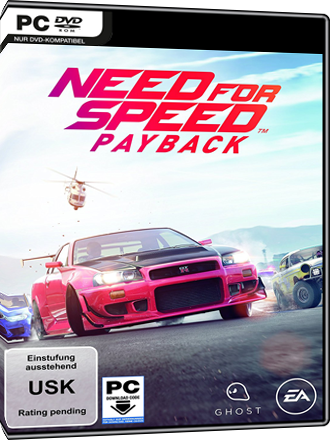 You will receive the key for the game by Electronic Arts via eMail within the delivery time stated above.

Set in the underworld of Fortune Valley, you and your crew are united by revenge to take down a cartel that rules the casinos.By using the key you can download and install Need for Speed Payback via Origin.Instructions can be found here.

Need for Speed Most Wanted