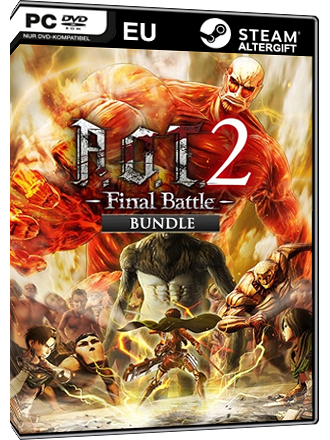 Experience new adventures in the world of Attack on Titan, including the Final Battle content!

This product can NOT be activated / redeemed in Switzerland.