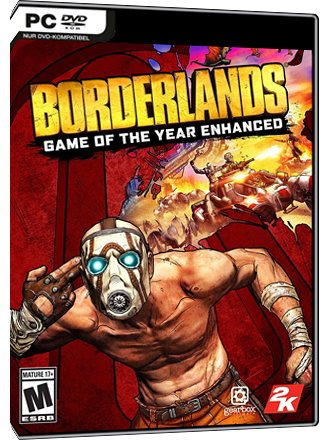 You will receive the key for the game by 2K Gamesvia eMail within the stated delivery time.

As one of 4 trigger-happy mercenaries with RPG progression, equip bazillions of guns to take on Pandora!

Download Borderlands Game of the Year Edition Enhanced for free via the Steam network.

Borderlands 2 - Game of the Year Edition