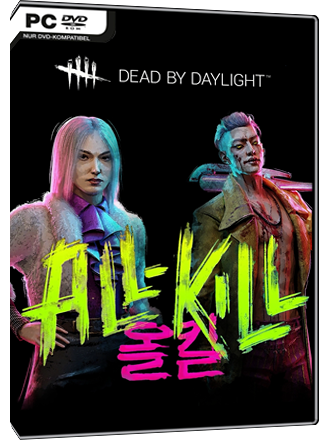 You will receive the key for the DLC by Behaviour Digital Inc.via eMail within the stated delivery time.

All-Kill is a Chapter for Dead by Daylight. It includes a Killer, The Trickster, and a Survivor, Yun-Jin Lee.

Download Dead by Daylight All-Kill Chapter for free via the Steam network.

Dead By Daylight - Darkness Among Us Chapter (DLC)

Dead by Daylight - A Binding of Kin Chapter (DLC)