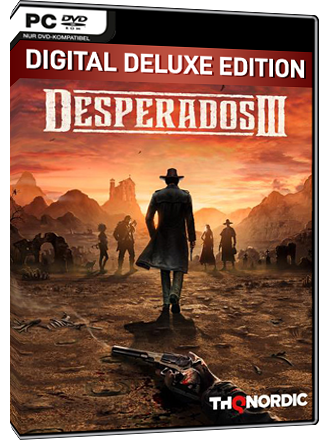 You will receive the key for the game by THQvia eMail within the stated delivery time.

A modern real-time tactics game set in a ruthless Wild West scenario. An epic journey through 1870s USA and Mexico with difficult odds.

Download Desperados III for free via the Steam network.

Empire and Napoleon Total War - Game of the Year Edition