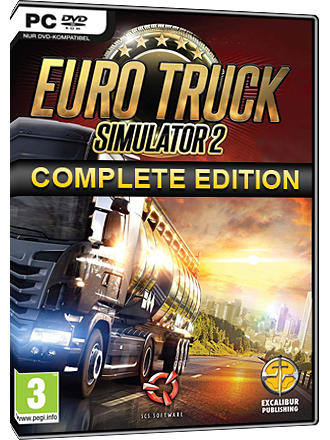 Travel across Europe as king of the road, a trucker who delivers important cargo across impressive distances!Download the game FULL speed for free via the Steam network.Steam can be found here.