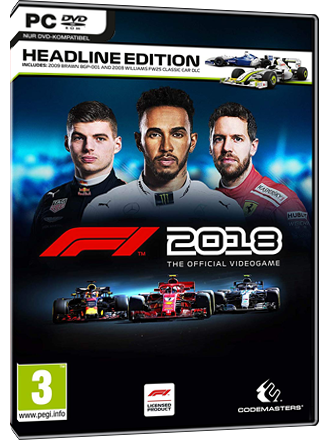 You will receive the key for the game by Codemastersvia eMail within the stated delivery time.

The official game of the 2018 FIA FORMULA ONE WORLD CHAMPIONSHIP immerses players into the world of F1 more than ever before!

Download F1 2018 Headline Edition for free via the Steam network.