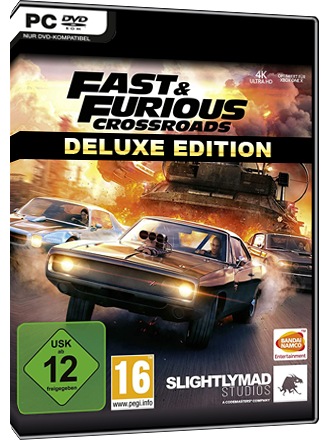 You will receive the key for the game by BANDAI NAMCO Entertainmentvia eMail within the stated delivery time.

Fast & Furious Crossroads is an action-adventure video game set in the F&F universe with the old crew and new characters.

Download Fast & Furious Crossroads for free via the Steam network.