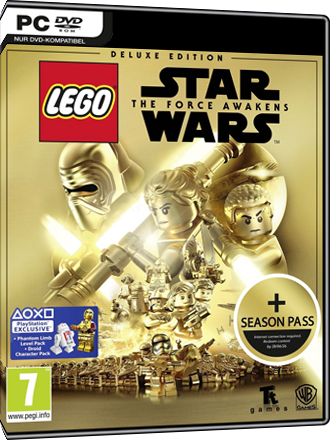 You will receive the key for the game by TT Games via eMail within the delivery time stated above.

The complete Lego Star Wars experience with The Force Awakens and the Season Pass, which offers even more levels, characters and vehicles.

Download LEGO Star Wars The Force Awakens Deluxe Edition for free via the Steam network. Steam can be found here.

LEGO The Lord Of The Rings

LEGO Pirates of the Caribbean - The Video Game