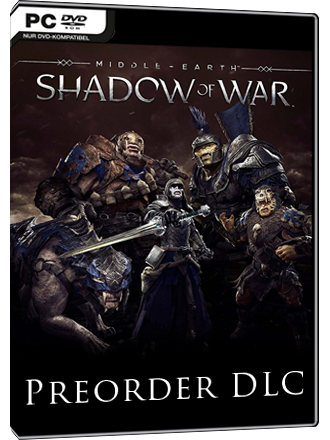 You will receive the key for the DLC by Warner Bros. Interactive via eMail within the delivery time stated above.

Go behind enemy lines to forge your army, conquer Fortresses and dominate Mordor from within. Experience the Nemesis System!

Download the DLC for free via the Steam network. Steam can be found here.

The original game Middle-Earth: Shadow of War (not included in this offer) is required to use, respectively, play the contents of the Preorder DLC.

Contents of the Preorder DLC