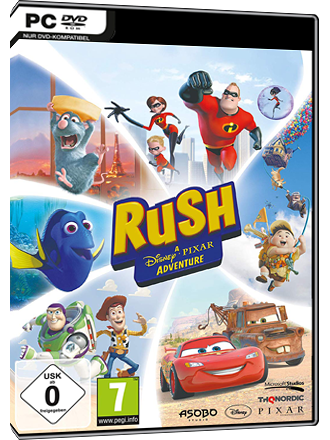 You will receive the key for the game by Microsoft via eMail within the stated delivery time.

Rush invites families and fans of all ages to experience the worlds of six beloved Disney Pixar films like never before.