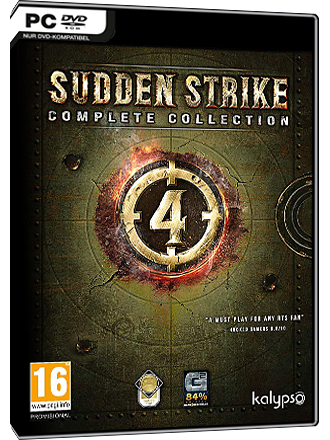 You will receive the key for the game by Kalypso Media via eMail within the delivery time stated above.

Commanding the Allied, German or Soviet troops, you will lead over 100 different units into battle on the battlefields of World War II.

Download Sudden Strike 4 for free via the Steam network.Steam can be found here.