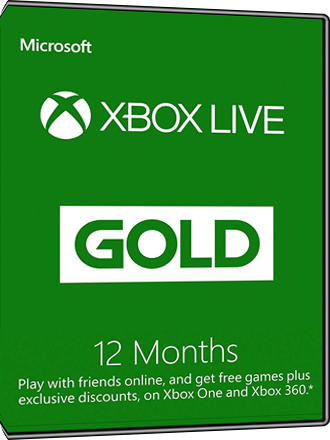 12 months Xbox Live Gold subscription for the Xbox 360 / Xbox One and the Microsoft marketplace. You will receive your code to redeem in your account within minutes by eMail.