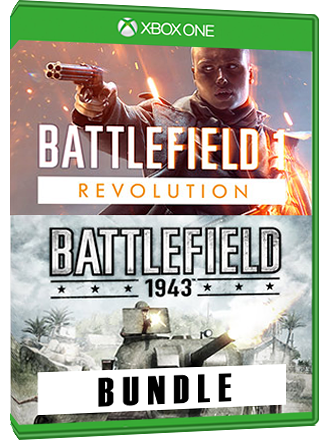 You will receive your Battlefield 1 Revolution + Battlefield 1943 Bundle Download Code directly by eMail. Use the code to download the complete game by Electronic Arts on your Xbox One gaming console.

Join the strong Battlefield community and jump into the epic battles of The Great War!