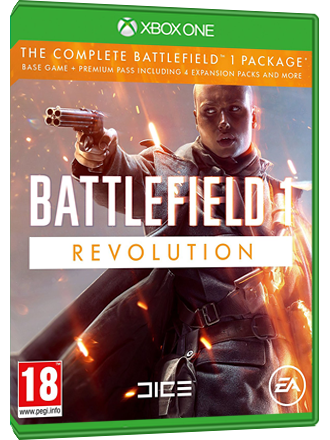 You will receive your Battlefield 1 Download Code directly by eMail. Use the code to download the complete game by Electronic Arts on your Xbox One gaming console.

Experience the dawn of all-out war! Fight through epic battles in tight urban combat, the deserts of Arabia, and more!