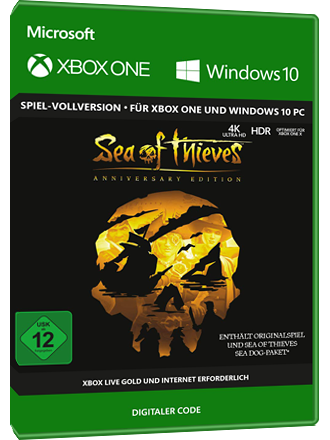 You will receive your Sea of Thieves (Xbox One / Windows 10) Download Code directly by eMail. Use the code to download the complete game by Microsoft on your Xbox One gaming console.

This game supports Xbox Play Anywhere: Play on your Xbox One and on your Windows 10 PC.